I was deep in the middle of a dream early this morning when I sensed, vaguely, a familiar heaviness on the bed. Then, the sleep-obliterating voice of my black cat Spot.

He had a point. It was past 7 a.m., and I would usually have been up for some time. But I had initially awakened before 4, and it took me awhile to get back to sleep.

The reverie interrupted by Spot’s arrival featured a childhood friend I have not seen in a quarter-century; the plot involved dropping leftover holiday turkey wrapped in cellophane on the lawn of a friend’s house as I approached in the dark, then eating the turkey anyway, grass and all. You know — one of those dreams that promise to reveal the meaning of life if you can only overcome your confusion.

But there was no getting back to it. Spot, an amiable guy who weighs 15 pounds if he weighs an ounce, settled himself comfortably on my chest.

Now, it is a little-known fact that Puritans in colonial Salem did not, as previously thought, use a board and large rocks to press a confession from suspected witches, whose other option was to die of a crushed chest. Rather, they used very heavy black cats, which were, after all, the witches’ familiars. (This method of execution because historically, Christians — who also brought us the Crusades and the Inquisition — have been much gentler and sensible in expressing their beliefs than Muslims. But, I digress.)

“Alright,” I told Spot, “I’m a witch. You win. Now get off.” And we headed downstairs, me for coffee and Spot — along with his voluminous sister, Puff — for a dollop of canned food.

These are my mornings, and the point of this post — heretofore, admittedly unclear — is to say thank you. Thank you to the animals who share our lives, our laps, our beds. Thank you for their patience, their good humor, their love. I find myself spending more and more time with them — my cats, and the chickens, too — and less with humans, and feeling lucky to have the opportunity.

I am an introvert, easily taxed by the clamor, cavilling and complexity of my own kind. This is especially so in love relationships, which among all human bonds are the most prone to start out as Dr. Jekyll and end up as Mr. Hyde. But all close human bonds are complicated, often needlessly so.

People are largely mysteries to themselves, and other people impossible to fathom. We are always bumping into each other’s unmet needs, entangling ourselves in relationships that accidentally — or, sometimes, intentionally — bruise the soft and secret places in ourselves and each other.  Often, we bring out the worst in each other. It’s tiring.

The cure? Apply a kitten.

Well, that will work, but I meant directly to the leg. 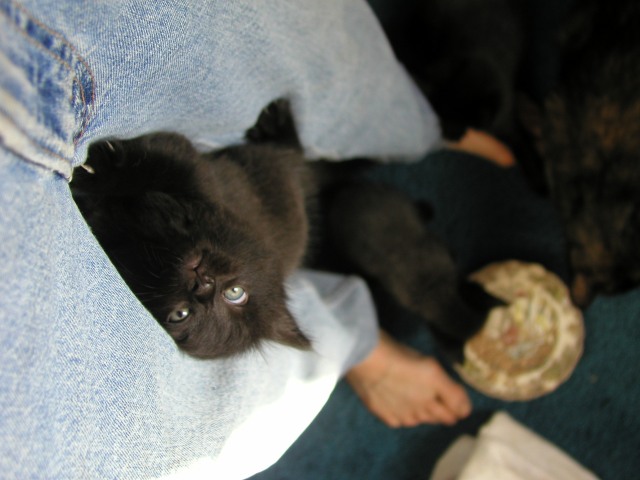 Or, keep company with a downy chick.

Or, a puppy of any kind.

Almost any animal of any age will do, assuming it has not abided too long and too closely with us; spiritual teacher Eckhart Tolle notes that dogs, in particular, can be infected by human neuroses.

But most animals, thankfully, retain all their lives the beauty and purity that was theirs from birth. Their needs are simple and transparent; they are incapable of subterfuge or malice. They neither dwell in the past nor worry over the future. They are fully who they are all the time, and that is immensely restful for humans who, in loving animals, often rediscover something to love in themselves.

“They show their relations to me and I accept them,” wrote the poet Walt Whitman. “They bring me tokens of myself.”

Thank you, I say, to him and all the other animals who have blessed my life, year after year. Thank you. 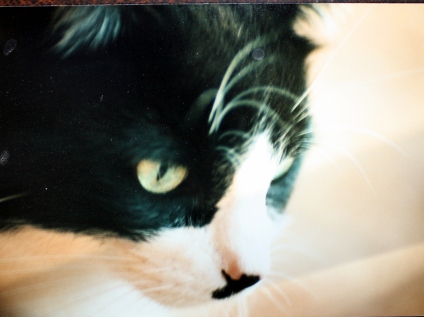 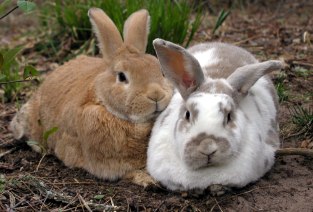 This post was originally published two years ago.
Advertisement

← Soundscape
Rounded by a sleep →