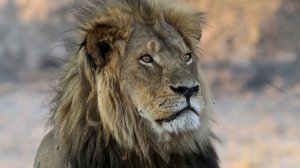 You may have heard that Xanda, the 6-year-old son of Cecil the lion, was recently killed by a trophy hunter, two years after his father was similarly slain. Both were “gorgeous Kalahari lions,” in the words of the researcher who had fitted Xanda with a tracking collar.  Both ventured outside the protected confines of African parks and into the gun sights of so-called big-game hunters who paid big bucks for the privilege of shooting them.

The killings sparked outrage on social media — Cecil was especially well-known and locally beloved — though they were legal.  “Legal” of course, does not mean “moral:” Killing for sport is unconscionable, and the idea of an animal as a “trophy” is morally repugnant to most people.

Yet the amoral acts of individuals — poachers as well as sport hunters — is not the gravest threat facing lions and hundreds of other species, many of which are critically endangered.  That threat would be us. All of us. 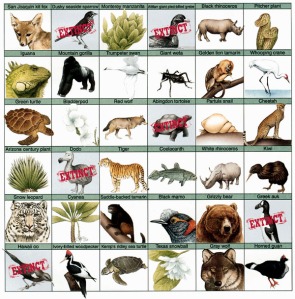 A 2015 study published in the journal Science Advances concludes that animal species are disappearing at an accelerating rate that portends the sixth mass extinction in Earth’s 4.5-billion history.

“Within two human lifetimes,” the authors conclude, “we are in danger of losing three of four species on earth.” At least 200 species are known to have gone extinct in the 20th century alone; the actual number may be closer to 500.

The cause? You know it. I know it.  Human beings. More than 7 billion of us now,  gobbling up habitat, consuming natural resources and releasing toxins into fragile ecosystems that are crumbling beneath our weight.  Killing, directly and indirectly, hand over fist, species whose right to simply exist matters less to us than our right to keep making more of ourselves.  To keep metasticizing, like a cancer on the body of this host.  Our home — and theirs, until recently.  Earth.

Continuing along the same path is  like “going into the world’s most famous museum — say the Louvre, in Paris — and slashing with a razor blade three out of every four  paintings,” says University of California paleontologist and study author Anthony Barnosky.  “In one century, we’re destroying works of art that evolved over millions of years.”

Yet media coverage has been underwhelming — I read about this particular study on page A10 of my local newspaper — as has public alarm.  Tepid “how you can help” suggestions, such as this article in The Huffington Post might as well be headlined “Too little, too late.”  It’s gauche, apparently,  to suggest any real sacrifice is in order.

Yet there is one thing you can do that really matters, a single action that — if enough of us choose it — will powerfully help save the planet and other species who share it with us. And in just nine months. 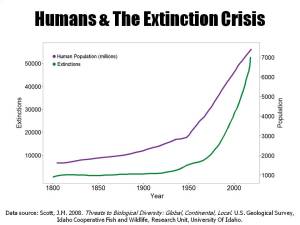 If you have adult children,  share with them your concerns.  Tell them that the right of other species to exist, and the recovery of the planet, means more to you than having grandchildren.  Ask them, too, to put the greater good ahead of their own desires, to adopt if they want children.

Invite them to demonstrate, with you, the best of what it means to be human: to think, to care, to act with integrity on behalf of the innocent and the vulnerable,  especially those who have no voice.

And no future, until we care enough to give them one. 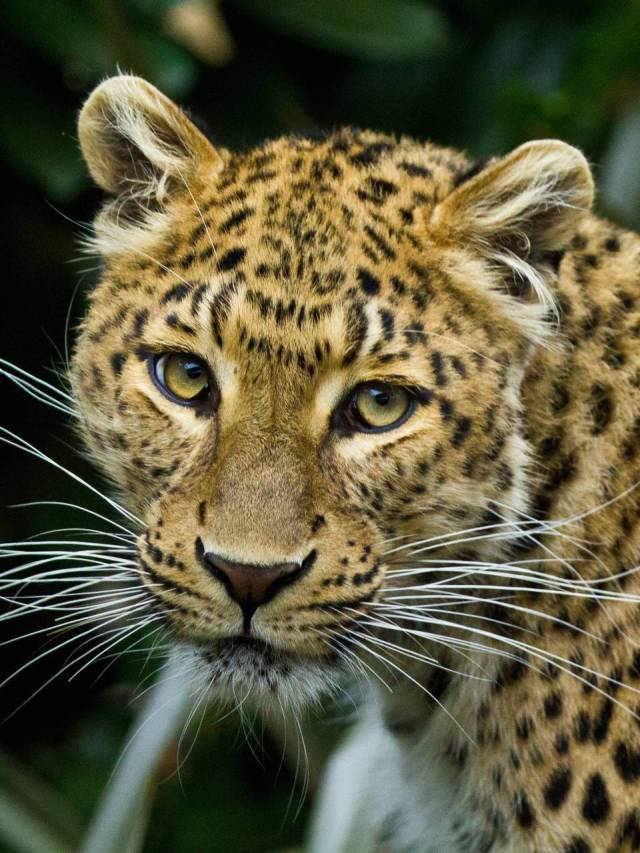 Visit the Voluntary Human Extinction Movement’s Web site for more information about the disastrous effects of human overpopulation, the outsized impact of a single human birth (especially in North America) and a comprehensive, clear-eyed rationale for ceasing procreation.