I try to steer clear of politics,  minding the Old Testament counsel of Ecclesiastes: Vanity of vanities; all is vanity. There is nothing new under the sun.

But as I watch this election cycle from what I presumed to be a safe distance, I feel myself getting sucked in. It’s not the Trump-heightened entertainment of the Republican race; a certain What’s the Matter With Kansas? segment of Americans has long been infatuated with privileged,  polarizing simpletons who speak to our lower nature. Typically — though not always — a larger intelligence prevails, and we avoid putting such candidates in the Oval Office.

It’s the Democrats who have me bothered. 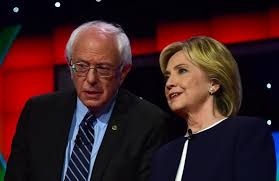 I am an unabashed progressive, and I would be glad to vote for Bernie Sanders if there were not an equally forward-thinking candidate who is more experienced, better qualified, at least as intelligent and almost certainly more effective. Her name is Hillary Clinton, and her insurmountable liability — or, more accurately, labiality — appears to be that she lacks a penis.

In 2008, I watched with despair as Clinton’s early lead was overcome by a callow upstart named Barack Obama. I had nothing against Obama, whose subsequent administration has been intelligent and principled, if only moderately effective.   But Clinton was more qualified, and would have won the Democratic nomination had she been a man. The choice for Obama affirmed that the United States, while undoubtedly still racist, remained even more sexist: Half black was more acceptable than all female. 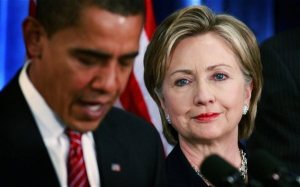 Yet Clinton’s response to that injustice was pure class. She set aside whatever anger she felt, worked tirelessly to elect Obama and then served long and well as his Secretary of State. No one can plausibly argue any longer that former Senator Clinton lacks the domestic-policy experience or foreign-policy qualifications to serve capably as president. She has earned and earned again the chance to lead our country.

But the Sanders surge,  like Obama’s eight years ago, is a sobering reminder:  American presidential campaigns are not about fairness, especially when it comes to gender. Rather, they proceed below the belt, in more ways than one.

I’m not concerned about the unrepresentative, bottom-feeding Bernie Bros who malign Clinton and her supporters online as “clitrash” and “bitches.”  Nor even the considerably larger pool of Americans who still think it’s OK to emphasize a female candidate’s appearance over her credentials.  These people are readily identifiable; you will recognize them by their gaping mouths and scraped knuckles.

It’s the biases we can’t see — the simple,  powerful subterranean forces always at work —  that in their invisibility pose the greater danger. During my 20 years as a journalist, I came to respect those forces; I learned to listen when my gut told me that something contrary stirred beneath the surface.  And my gut tells me that running beneath the pro-Sanders/anti-Clinton rhetoric is a deep, mean river of unacknowledged sexism. That we Americans — perhaps even the majority of women, apparently afflicted with internalized misogyny — will find a reason to choose a good man over a better woman. Still.

Clinton’s experience brings to mind the famous observation of former Ottawa mayor Charlotte Whitton: “Whatever women do they must do twice as well as men to be thought half as good.” 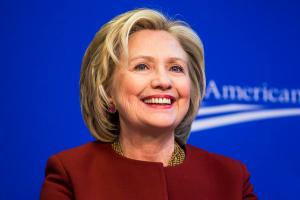 This she has done, and still it may not be enough. Once lambasted as unqualified, Clinton is now criticized as the establishment candidate; her experience — especially her hard-won knowledge of Oval Office politics — is now cast as a detriment.

Meanwhile, Sanders — a congressman entrenched in the American political machine for 25 years, a decade longer than Clinton — has somehow assumed Obama’s appealing 2008 mantle as outsider and change agent.

It doesn’t seem to matter that Clinton herself has worked tirelessly for change. As First Lady more than two decades ago, she struggled long and hard to reform health care in a country where the pharmaceutical and insurance industries wield enormous clout.  While we, and she,  might wish otherwise, Clinton is precisely right when she describes the single-payer plan — long-debated, always defeated and now re-championed by Sanders — as “some better idea that will never, ever come to pass.”  A realist, she is focused instead on achievable aims, such as advancing the hard-won but concrete gains embodied by the Affordable Care Act.

Nor does it seem to matter that Sanders’ views on other key policy issues are not substantially different from Clinton’s, though Clinton is stronger on gun control. Nor, that he lacks the breadth of her expertise, especially in the crucial area of foreign policy.

Forget those facts:  Sanders’ followers are afire with his calls for political revolution. As if we live in a functioning democracy rather than a corporatocracy — a longstanding truth recently made explicit by the Supreme Court in Citizens United.  As if the majority of citizens aren’t complicit in that fact, embracing consumption as a personal value and unbridled capitalism as the American way.  As if our easily distracted, entertainment-seeking, debt-ridden populace would suddenly, magically, get their faces out of their screens and give their time and money to the hard, sustained work of authentic revolution.

As if our last “hope-and-change” candidate hasn’t been repeatedly stymied by the powerfully entrenched institutions that — much more than citizens — hold sway in this country.

Those interests and their congressional cronies want Bernie Sanders to be the Democratic nominee.  They know that he is only dubiously electable, even against the silliest (or scariest) clown in the Republican circus.  If you are of a certain age, you may recall how the label of “liberal” was used to derail Democrat Michael Dukakis in 1988; imagine how “socialist”  will be employed to smear Sanders.

Age, too, will become an issue:  Sanders would be 75 upon taking office;  that’s six years older than Ronald Reagan, whose age-related deterioration while still in the White House is now well-documented.

And if by some miracle Sanders were to win the general election, little will change. Corporate powers and special-interest lobbies have demonstrated with Obama how easy it is to obstruct a candidate whose talk is more effective than his walk.  They don’t want Hillary Clinton, who possesses not only the principles but the political savvy to pose a real threat to the status quo. They prefer the empty rhetoric of revolution to the reality of meaningful change.

Apparently, so do many of my fellow citizens, if the alternative is to send a woman to the White House.  Time will tell their numbers.

But I’m getting that familiar sinking feeling that there truly is nothing new under the sun.  That Americans, who supposedly stand for equality and opportunity,  remain too misogynistic to nominate for president — let alone elect — a candidate who is eminently worthy if that candidate happens to be female.