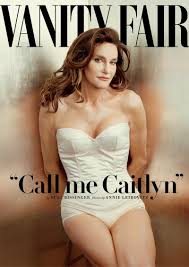 Trading one’s natural sex for its surgically synthesized opposite appears to be a radical expression of the individual freedoms we hold so dear in the United States. Yet Jenner’s choices about how to present herself as a woman should disturb any of us who care about the larger issue of gender oppression.

Bruce Jenner will forever be known for his athletic achievements: for the grit, strength and grace that won the decathlon gold medal in the 1976 Olympics, and with it, the title of world’s greatest athlete. He was good-looking, yes, but Bruce Jenner was important in the way of men: for his accomplishments. 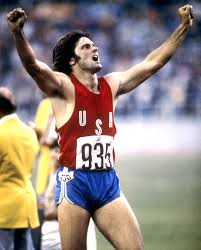 Caitlyn Jenner will forever be known for her silky tresses, her breasts, her curves, her shapely legs. Yes, her highly publicized gender-identity struggle shed light on an aspect of human experience that remains a mystery to most people; that can be seen as an accomplishment. But whatever good she has achieved, Caitlyn Jenner is mostly important in the way of women: for her looks, and particularly her sexualized feminine beauty.

That’s what I saw in the Vanity Fair cover: Caitlyn Jenner, now an apparent woman, and, as such, an object available for sexualization. And beneath that tucked and molded, reduced, augmented and made-up flesh, Bruce Jenner, a man known for his accomplishments.

As radical and strange as “transgender” still seems to most Americans, there is nothing new here. There is in fact something very old-fashioned and troubling.

We First-Worlders have the right and often the resources to re-make ourselves as we please, including surgical conversion from one sex to the other.  But from a communal perspective,  the destructive power of gender is amplified by transformations like Jenner’s. Caitlyn seems less an expression of authentic womanhood — which originates in the mind and heart, as well as the body — than a caricature of femininity. The Vanity Fair article includes photos of Jenner in gold lame, a black bustier and an off-the-shoulder gown that shows off her ample cleavage. According to the author, Jenner “can’t wait when she goes out now to tell the paparazzi to ‘make sure it’s a good shot.’ “ 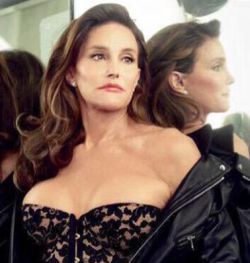 Women, you know, are vain and superficial. Especially the pretty ones.

The weight of culturally imposed gender expectations is a burden we all carry from birth and sometimes before, from the moment parents can identify a baby’s sex in the womb. It insinuates every aspect of our lives in ways obvious and invisible; the more our innate sense of self diverges from externally imposed gender norms, the more we are vulnerable to the kind of painful struggle Jenner endured.

But in throwing off the constraints of stereotypical masculinity, Jenner appears to have chained himself to its feminine counterpart. This looks less like freedom than a shackle swap that reasserts the jailer’s authority. As activist and writer Audre Lorde famously said: “The master’s tools will never dismantle the master’s house. They may allow us to temporarily beat him at his own game, but they will never enable us to bring about genuine change.”

Bruce Jenner found a way to temporarily beat the master at his own game; the result is a happier, more peaceful Caitlyn Jenner.  She has cause to celebrate. But I can’t join her. My celebration is waiting for a time of genuine change for all of us: that day beyond gender, when our minds can’t conceive of a body that is “wrong,” because they have never been indoctrinated in what is “right.”